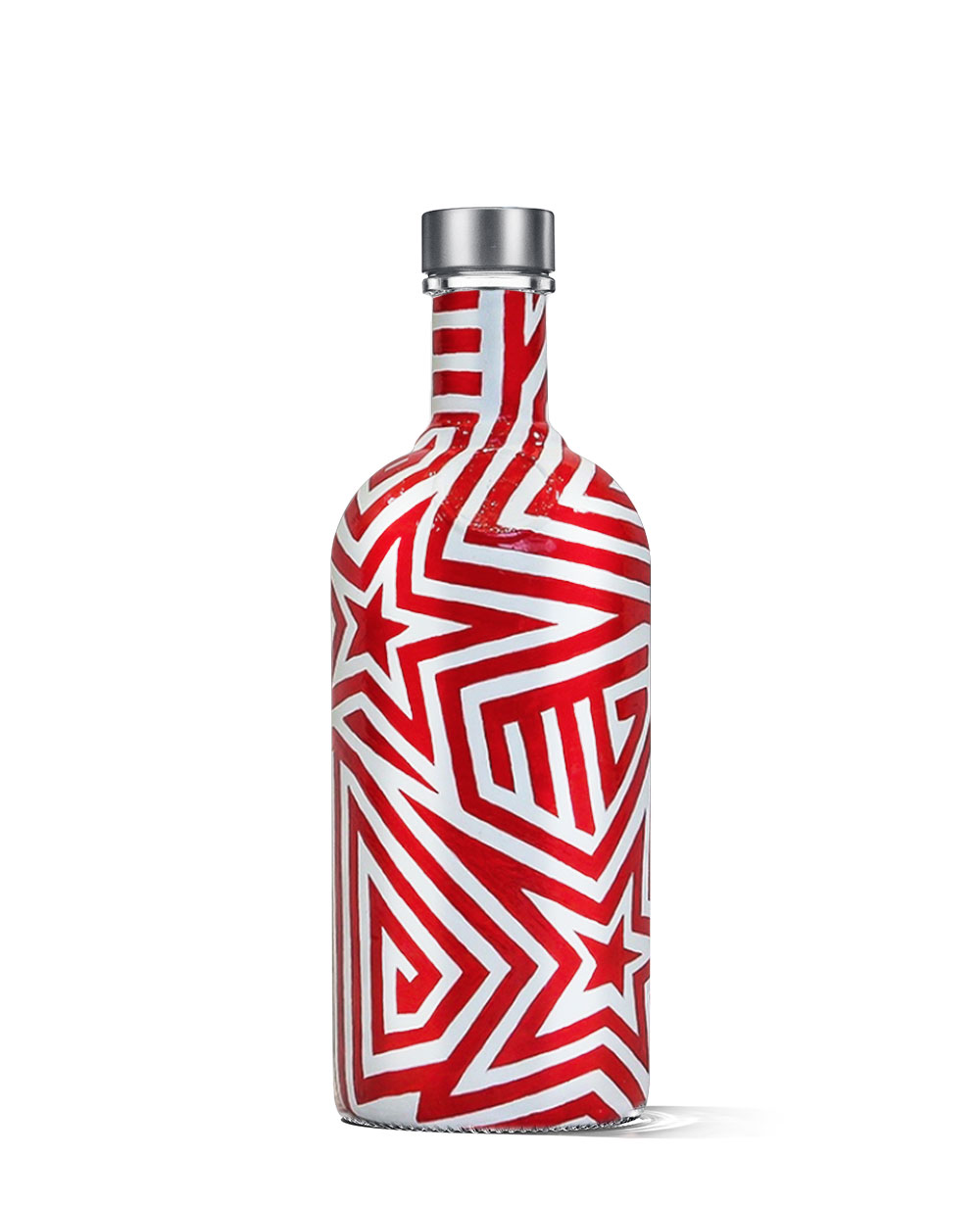 Designed by fashion designer Gareth Pugh.
Hand-painted with a signature red and white Gareth Pugh design – a candy stripe starburst inspired by the spirit of London’s Soho – the designer has created a piece both elaborate and surreal, in keeping with the ethos of his label.
This bottle is one of the 12 limited edition bottle for the Absolut Mix Stonewall Charity. The one of a kind bottle designs are being auctioned o in honor of London Pride 2016 with 100% of the proceeds going directly to support the UK’s leading LGBT equality charity Stonewall.

Do you have suggestions?